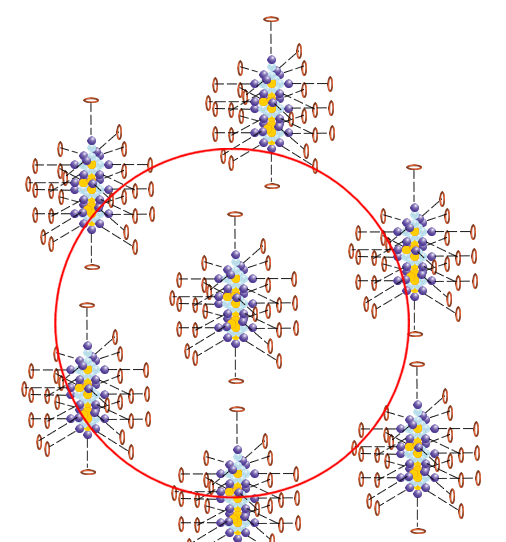 We have found that almost all claims in Physics are just the old Conventional One-scale Orthodox Homogeneous Physics (COHP) mimicry and Simulation of the 3rd stage of the new truth by A. Schopenhauer.

The COH physics tries to change slightly the tools, often only the same they know from the university education a few decades ago – most of them are old enough, and saying – “me too” loudly.

As in the Cold Fusion area the COHP physicists became in mass’ accept it and write some “innovative discoveries” of the some COHP reasons why it exists and develops for further. They “forgot” about the coin of “junk science” and prohibition of the COP > 1, etc.

Anyway, the signs of the Physics 2 are much more irreconcilable with their knowledge base and the ways of thinking and work.

And we demonstrate this in the below points the real symptoms of Physics 2 that is under the development already since ~1930s.

These notes about the Signs of the Physics 2 have been given here in the open literature mostly for people who can adhere themselves to the Frontier and Exploratory Science.

We mention that these “fields inquire the open mindset and some time for ability to apprehend the education that is far from conventional stature physics.”

All of this said based on many years work and collaborations with various sciences professionals.

The Pillars of Physics 2

1) Not only recognition of the aether in a qualitative manner, as like – yes, we know that it exists.

But full acceptance of the some features that are known at present and useful and pivotal for the craft of
a researcher, worker in technologies.
Use of those aether pertinent characteristics with the possible for a user level of mathematical
proficiency and physical issues qualification. Practical use of the aether.

2) Recognition, knowledge, and use of the fact that most of our universe itself (and possible of
others) and of its parts, matters are of Heterogeneous nature and structure at different scales.

3) Recognition, knowledge, and use of the imbalances, improper theoretical analysis and
mathematics, inadequate treatments of issues in the Maxwell-Heaviside-Lorentz (MHL)
Electromagnetism for Homogeneous matter.

H.A.Lorentz warned on this inadequacy in 1923, but others preferred not to hear on that.

4) Recognition, knowledge, and use of the facts that the sub-atomic particles are not the
Point-Mass-Charge-Spin (PMCS) objects, but the Volumetric Structural Objects-Particles with the
mass, charge, and spin as established by experiment.

5) Recognition and acting in the studies with the aether as not of a simple Homogeneous or even
Structural, Corpuscular or similar Heterogeneous structure volume filling (between the atoms and
sub-atomic particles) substance, matter.

The aether is much more complicated matter with mostly by experiments revealed properties up to
the present – beginning of the XXI.

One of these properties is the Materialization – Dematerialization
(Transduction in and out) of a matter and use in our universe, world.

9) Recognition and acceptance of knowledge of physics and biophysics as the one field.

The reason for this is that the biophysics is still the much more complicated science that (that is OK here) the
physics itself.

10) Recognition and use of Polyphase (aether first) Polyscale (2P) Particle, Spinning (Rotation,
“torsion”), and Nuclear physics. As soon as they are the 2P experimentally.

11) Recognition and use of only the 3P (Polyphase (aether first), Polyscale, Polyphysics) Continuum
Mechanics as the most developed at the moment HSP (Hierarchical Scaled Physics) group of
sciences.

12) The speeds of interaction, influence and the field transport signs speed in the aether are much
larger then the speed of light in the aether.

The Entanglement is just the feature of transport in the aether.

So, no SR and GR, and not only because of speed, but mostly because of improper theory in
MHL electrodynamics, Homogeneity of Spatial Matters, and of the Aether absence.

No just geometrization of physics as the wacky offer, point of view.

13) There are others then the four kinds of interaction that are accepted in COHP at present. And the
3rd and 4th “interactions” of COHP with high possibility are just of the electromagnetic nature.

14) The Gravitation is the phenomenon tight to electromagnetism and the aether properties and
dynamics.

15) Many, if not everyone of the COP > 1 contemporary devices succumb to the direct and often
strict explanation while in the environment of the 2nd physics theories.

Well, and we don’t call them a “junk” science, especially if the great experimental evidences on the
table. That in spite that in the US even judges became the experts in calling this or that phenomenon
as the “junk” science (Wikipedia “junk science”).

We don’t do this – just recognize that yes, the bad, ignorant, and foolish “scientific” studies exist.

16) The 2nd Biophysics implementation to phenomena and processes as, for example, for the
magnetobiology and macromolecules internal dynamics and interaction; intracellular polyphase
dynamics; energy 3P generation and transformation within the cell; cell-tissue Bottom-Up scaling;
spinning (“torsion”) dynamics (transduction) in bioprocesses; physical and mathematical modeling
and explanation of Embryonic Induction; etc..

These processes are the HSP 3P processes and modeling have demonstrated the power and ability
for advancement within the 2nd Biophysics. Meanwhile, these theories are unreachable in COHP
based biophysics.

All of these Advances are not achievable in the medicinal COH physics, biochemistry theorizing and modeling.