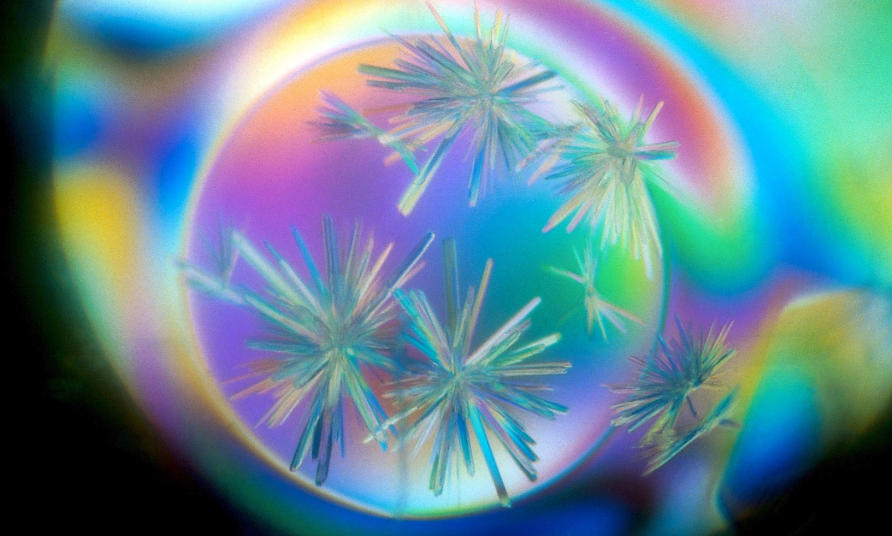 Quantum biology is concerned with the influence of non-trivial quantum phenomena, which can be explained by reducing the biological process to fundamental physics, although these effects are difficult to study and can be speculative.

Such processes involve chemical reactions, light absorption, formation of excited electronic states, transfer of excitation energy, and the transfer of electrons and protons (hydrogen ions) in chemical processes, such as photosynthesis, olfaction and cellular respiration.

Photosynthesis is a highly optimized process from which valuable lessons can be learned about the operating principles in nature. Its primary steps involve energy transport operating near theoretical quantum limits in efficiency. Recently, extensive research was motivated by the hypothesis that nature used quantum coherences to direct energy transfer.

This body of work, a cornerstone for the field of quantum biology, rests on the interpretation of small-amplitude oscillations in two-dimensional electronic spectra of photosynthetic complexes. Some Review discusses recent work reexamining these claims and demonstrates that inter-exciton coherences are too short-lived to have any functional significance in photosynthetic energy transfer. Instead, the observed long-lived coherences originate from impulsively excited vibrations, generally observed in femtosecond spectroscopy. These efforts, collectively, lead to a more detailed understanding of the quantum aspects of dissipation.

Nature, rather than trying to avoid dissipation, exploit it via engineering of exciton-bath interaction to create efficient energy flow.

Biological systems are dynamical, constantly exchanging energy and matter with the environment in order to maintain the non-equilibrium state synonymous with living.

Developments in observational techniques have allowed us to study biological dynamics on increasingly small scales.

Such studies have revealed evidence of quantum mechanical effects, which cannot be accounted for by classical physics, in a range of biological processes.

Quantum biology is the study of such processes,

The first book on quantum biology is entitled Physics of the mystery of organic molecules by Pascual Jordan.

Since its publication in 1932, however, many mysteries about the nature of life remain.

It is clear that coarse-grained classical models fail to give an accurate picture of a range of processes taking place in living systems.

The matter of ongoing debate then, is the extent to which quantum effects play a non-trivial role in such biological processes.

A useful path towards answering this question is through the engineering of biologically inspired quantum technologies that can outperform classical devices designed for the same purpose, for example, for energy harnessing or environmental sensing.

If quantum effects on a macroscopic scale play a role in getting the job done better in certain processes perfected over billions of years at physiological temperatures and in immensely complex systems, then there exists a wealth of information in the biological world from which to draw inspiration for our own technologies.

In this direction, a prototype quantum heat engine, which clearly illustrates a quantum design principle whereby a coherent exchange of single energy quanta between electronic and vibrational degrees of freedom can enhance a light-harvesting system’s power above what is possible by thermal mechanisms alone, has been proposed.

Its quantum advantage using thermodynamic measures of performance has been quantified, and the principle’s applicability for realistic biological structures demonstrated.

Quantum biology investigates biological function and regulation of this function, which is connected to static disorder.

Single-molecule spectroscopy gives us a unique, powerful lens on the role of static disorder, which connects biological function (i.e. projected onto the macroscopic/organismal scale) with quantum-mechanical phenomena.

Quantum biology is also concerned with interactions between dynamical phenomena at well-separated lengths and time scales, from femtosecond energy transfer processes in molecular assemblies at the nanoscale to survival and reproduction within ecosystems at the scales of overall organisms.

While quantum biology is set to demonstrate in the next few decades the extent to which bioinspired quantum devices can outperform classical analogs, a deeper question is how quantum-dynamical phenomena at the nanoscale can provide a selective advantage to an overall organism.

Addressing this question rigorously demands an account of how macroscale physical observables significant to organismal fitness can depend predictably on nanoscale quantum dynamical variables.

Reciprocally, we must also account for how quantum subsystems at the nanoscale can depend on macroscale dynamics of organisms through evolution.

Progress on this question may be assisted by a theoretical framework that allows organism-scale models to be parametrized by nanoscale models.

This may be provided by the tools of multiscale analysis within the field of complex systems theory.

We might also conceive of experiments in which wild-type organisms known to exhibit long-lived quantum-coherent processes at the nanoscale compete with genetically modified organisms in which such processes are known to be absent.

Such an experiment—akin to those done regularly by biologists—may offer clear insight into whether quantum-biological phenomena can provide a selective advantage to organisms, as well as  add credibility to quantum biology as a field of biology.

Once diagnosed, current treatments revert to biochemistry instead of using biophysics therapies to treat the disturbances in subtle energies detected and used for diagnostics.

Quantum physics teaches us there is no difference between energy and matter.

All systems in the human being, from the atomic to the molecular level, are constantly in motion-creating resonance.

This resonance is important to understanding how subtle energy directs and maintains health and wellness in the human being.

Energy medicine (EM), whether human touch or device-based, is the use of known subtle energy fields to therapeutically assess and treat energetic imbalances, bringing the body’s systems back to homeostasis (balance).

The future of EM depends on the ability of allopathic medicine to merge physics with biochemistry.

This technology needs to be expanded to include the existence of the human biofield (or human energy field) to better understand that disturbances in the coherence of energy patterns are indications of disease and aging.

Future perspectives include understanding cellular voltage potentials and how they relate to health and wellness, understanding the overlap between the endocrine and chakra systems, and understanding how EM therapeutically enhances psychoneuroimmunology (mind–body) medicine.

These studies reveal that ‘collagens are not just mechanical fibers, they have dielectric and electrical conductive properties that make them very sensitive to mechanical pressure, pH, and ionic composition as well as electromagnetic fields. The collagen fibers, therefore, constitute a semi-conducting highly responsive directional network that extends throughout the organism and links directly with the intracellular matrices of all individual cells. This provides an excitable continuum for rapid communication enabling its function as a coherent whole.’ .

Quantum medicine is based on the study of biofields.

Evidence for the existence of the biofield now exists, and current theoretical foundations are now being developed.

A review of the biofield and related topics from the perspective of physical science is needed to identify a common body of knowledge and evaluate possible underlying principles of the origin of the biofield.

The properties of such a field could be based on electromagnetic fields, coherent states, biophotons, quantum and quantum-like processes, and ultimately the quantum vacuum.

Given this evidence, HealthQE intend to inquire and discuss how the existence of the biofield challenges reductionist approaches and presents its own challenges regarding the origin and source of the biofield, the specific evidence for its existence, its relation to biology, and last but not least, how it may inform an integrated understanding of consciousness and the living universe.